Planning a charity ride or had a memorable journey? Send us your story.

During a running injury I took to my bike to stay fit. I quite liked it. A friend asked if I fancied doing a Coast to Coast challenge in June and it got me thinking.

Jo and I were certainly motivated enough to have a go - but the duration was wrong. 3 days away from the family and valuable holiday time used up selfishly - it didn't really appeal.

Training involved my usual 5 mile commute to Manchester twice a week and my slow but steady return to running 2 or 3 times a week. The odd longer ride here and there took my maximum ride to date up to 60 miles. I still felt determined to have a go.

Weather, wind direction , support and company on the day were all perfect. I knew it would hurt - but I just didn't know where. Surprisingly not my saddle - it was hotspots in my feet that took me through my reasonably high pain threshold. 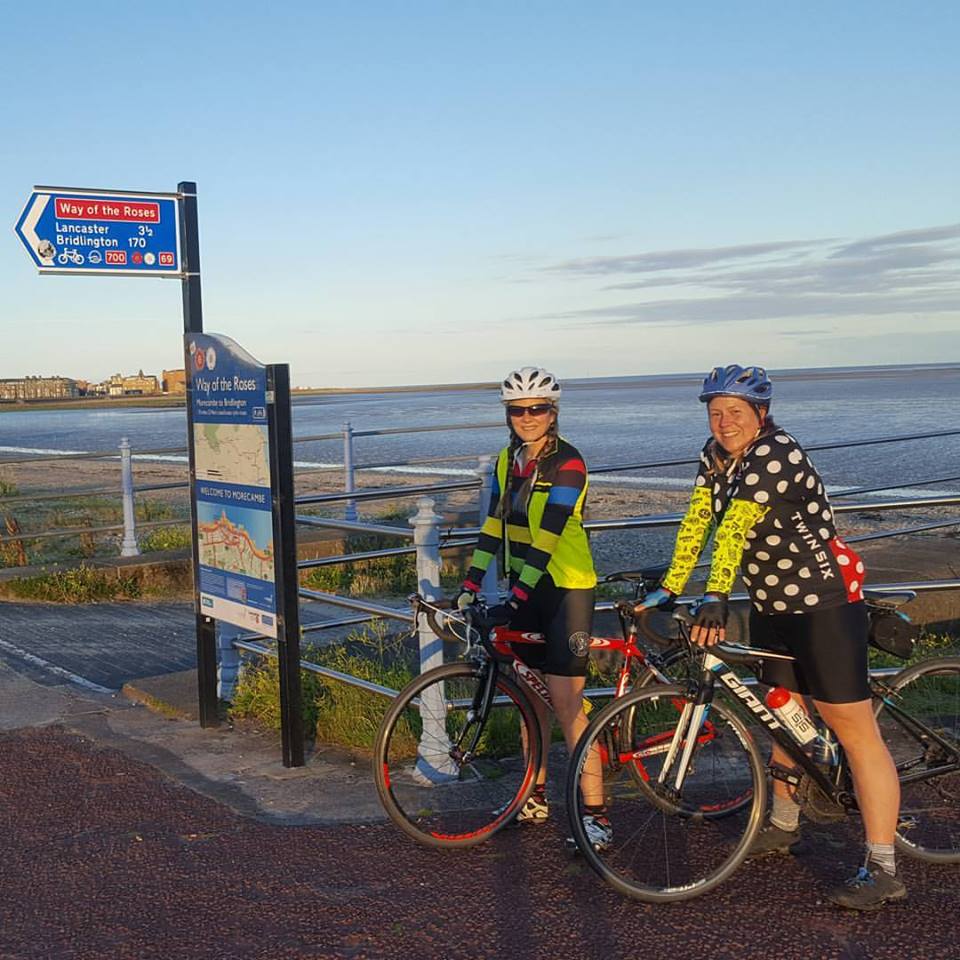 My previous experience of endurance cycling is in a support role. I know how important food and hydration are from start to finish. Roles reversed and now Jason was filling my water bottles and telling me to eat more food. "Are you still here?" he'd say when the pit stop lasted more than 10 minutes!

Signpost issues in York lost us a few hours...2.5 hours to go 8 miles - but once out the other side we just knew that the descent into Bridlington was in sight.

Tired legs and loss of light meant that the descent into Bridlington appeared to be all uphill. I was convinced that we were going to reach a cliff to get to the promenade. 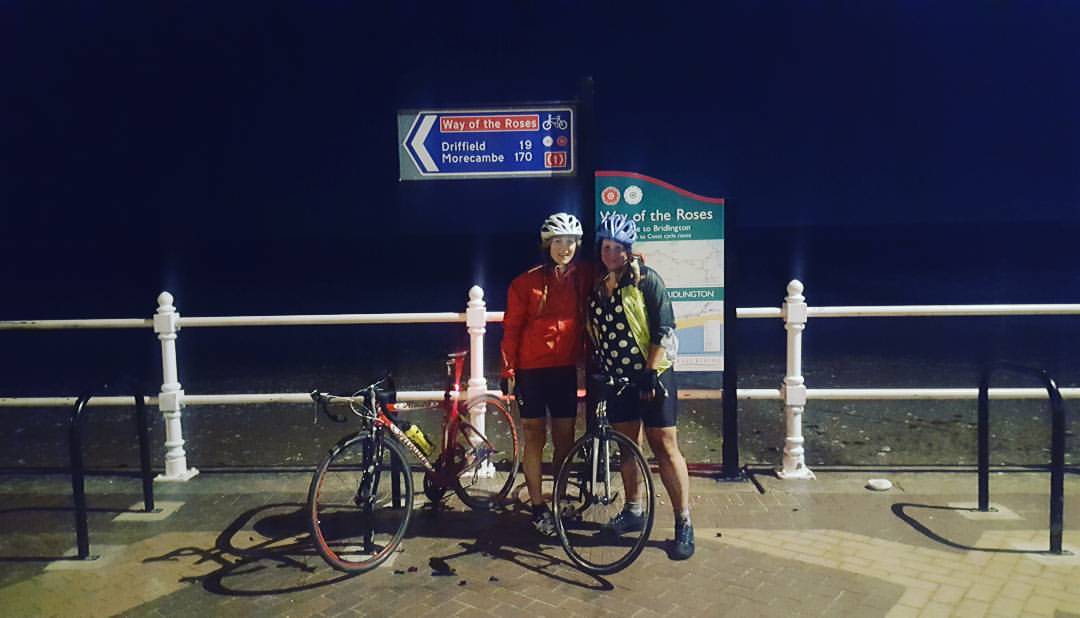 After 18 hours of cycling with spectacular views and a highly recommended route - we had made it.

To say that I am proud is an understatement.

Jo and I are already thinking about our next adventure.

← Mothers and Daughters
Our Trip with Panniers and Luxury Accommodation →